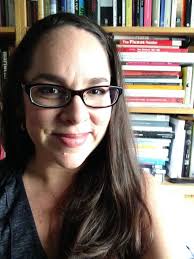 Nicole Woods is an art historian at the University of Notre Dame. Woods’ research focuses on the historical and neo-avant-gardes, performance and conceptual art, gender studies, critical race theory, and the history of photography. She also has taught at the University of California, Irvine and Loyola Marymount University. Professor Woods is the recipient of several prominent research grants, including The Andy Warhol Foundation’s Arts Writers Grant.

Pablo Picasso (1881-1973) was considered the most prolific visual artist in his lifetime. In creating some of the most iconic paintings of the 20th century, Picasso's grip on the cultural consciousness of Western civilization has attributed to the mythic nature of Picasso the man – to which the artist himself contributed. As a consequence, the actual works of art seems to recede into the background, and we lose sense of why Picasso was an artistic prodigy and one of the most influential painters in the history of art.

In rediscovering Picasso's artistic virtuosity, this talk will focus on the evolution of his art in the years 1905-1937. Looking closely at Cubism – the revolutionary artistic style that he helped develop at the dawn of the twentieth century, foreshadowing the birth of abstract art – we will examine Picasso's signature style by considering the works themselves (including his masterpiece Guernica) to better appreciate his stunning achievements.