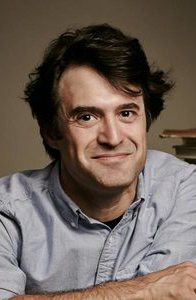 The Future of Religion in America

No country has as many indigenous religions as the United States of America. Although we think of our religious past as being defined by groups that came here to flee persecution elsewhere, what’s astonishing is not the transplanted religions but the ones native to our soil:

Religious Movements That Began in America

These and other groups were born here, took root, and flourished, helping to create the country that we know today—a deeply religious place, where voters of faith control political discourse in half the states and, to a great extent, in every presidential campaign. As faith withers on the vine in Europe, the United States—along among all wealthy, educated countries—continues to defy all expectations of “the death of God,” proving that religion can thrive, even in an age supposedly marked by science and reason. That’s where we are, but what does the future hold for religion in America?

Religion in America – What Does the Future Hold?

Why? Why is the United States the religious exception? A lot of reasons, including pluralism, relatively open immigration, and abundant land. But the main reason is the separation of church and state, the great innovation of our founding fathers. Although one might think that refusing to establish a state church would make a country less religious, the opposite proved true: once the federal government got out of the business of prescribing religion, the market stepped in. In the U.S., religion was opened up to spiritual entrepreneurs, who offered new varieties of worship on every street corner—and got especially adept at advertising what they were selling. In the end, religion is made in the U.S. for the same reason that cars, airplanes, and boats are made here: because of low regulation and low barriers to entry, and because, in this land of ingenuity, we have never had a shortage of dreamers or schemers.

Learn More About The Future of Religion in America

For more online lectures about the future of religion in America check out fascinating lectures such as 6000 Years of Religion, Ethical Dilemmas, and Modern Medicine: Questions Nobody Wants to Ask, and much more!  Access to all online video lectures comes standard with OneDayU membership, click here to learn more.