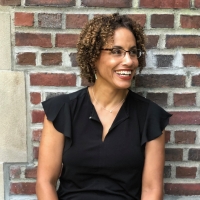 Dr. Brenna Wynn Greer is an Associate Professor of History at Wellesley College, where she has received several teaching awards and major fellowships from the ACLS, Woodrow Wilson Foundation, and Andrew W. Mellon Foundation. Professor Greer’s work has been featured in The New York Times, Nation, Daily Mail, Enterprise & Society, and Columbia Journalism Review. Her first book, Represented: The Black Imagemakers Who Reimagined African American Citizenship, examines the historical circumstances that made the media representation of black citizenship good business in the post-World War II era.

Rosa Parks was established as an organizer and activist in Montgomery, Alabama long before her arrest in 1955 for refusing to relinquish her seat to a white man on a segregated city bus. In the popular narrative, however, she is a work-weary seamstress whose “tired feet” compelled her to break character and single-handedly launch the modern civil rights movement. For over two decades now, historians have been writing against the conception of Parks as an accidental activist. Still, the symbolic version of Parks persists and fuels larger myths about the civil rights movement. In this presentation, Professor Greer explores how Parks’ media representation encouraged an iconic image that, while celebratory and inspiring, is at odds with her record fighting Jim Crow and its many abuses and informs current day notions about black protest.