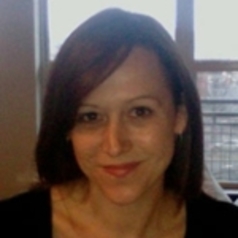 Michele Schreiber is a Film and Media professor at Emory University. She is the author of American Postfeminist Cinema: Women, Romance and Contemporary Culture, and the co-editor of Independent Women: From Film to Television and Indie Reframed: Women’s Filmmaking and Contemporary American Independent Cinema. Her commentary on gender in the media has appeared in The New York Times, Variety, USA Today, Business Insider, The Atlanta Journal Constitution and NPR.

The romantic comedy is one of the most popular, yet frequently derided, American film genres. Disregarded for its formulaic plot structures and forced happy endings, it is frequently dismissed as frivolous entertainment. However, beneath the glossy veneer, these films reveal a great deal about the changing norms of romantic relationships throughout the 20th and 21st century.

In this presentation, Professor Schreiber will explore the romantic comedy as it has evolved throughout American film history, looking at its evolution from the screwball comedy and women’s films of the 1930s and 1940s, the “feminist” films of the 1970s, and the “chick flick” films of the 1990s to more contemporary “post-romantic” films of the 2010s. These cycles will be discussed alongside historical, socio-political and cultural trends to reveal the complex interplay between national conversations around gender and sexuality, and the genre’s depiction of romantic love.

Maria San Filippo, et. al, After “Happily Ever After”: Romantic Comedy in the Post-Romantic Age