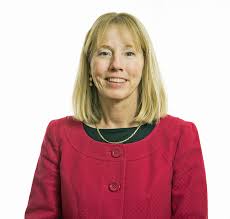 Jennifer Keene is a professor of history and dean of the Wilkinson College of Arts, Humanities, and Social Sciences at Chapman University. Her books about the American experience in the world wars include Doughboys, The Great War, and the Remaking of America, and World War I: The American Soldier Experience. Professor Keene has been awarded Fulbright Senior Scholar Awards and a Mellon Library of Congress Fellowship, and was featured in the PBS documentary mini-series, “The Great War.”

The Spanish flu, also known as the 1918 flu pandemic, was an unusually deadly influenza pandemic. Lasting from January 1918 to December 1920, it infected 500 million people – about a third of the world’s population at the time. The death toll is estimated to have been anywhere from 17 to 50 million, and possibly as high as 100 million, making it one of the deadliest pandemics in human history.

To maintain morale, World War I censors minimized early reports of illness and mortality in Germany, the United Kingdom, France, and the United States. Newspapers were free to report the epidemic’s effects in neutral Spain, such as the grave illness of King Alfonso XIII, and these stories created a false impression of Spain as especially hard hit. This eventually gave rise to the “Spanish flu” as a colloquialism in reference to the 1918 pandemic, even though historical and epidemiological data are inadequate to identify with certainty the pandemic’s geographic origin. In this timely talk, Professor Keene will discuss these, as well as other facts and fictions, about a pandemic with several similarities to the one occurring in our own time.