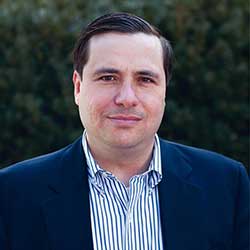 Vincent Cannato is a professor of history at the University of Massachusetts Boston, where he teaches courses on 20th century American history, urban history, immigration history, and baseball history. He is the author of American Passage: The History of Ellis Island; The Ungovernable City: John Lindsay and his Struggle to Save New York; and co-editor of Living in the Eighties. He has also written for numerous publications, including The New York Times, The Wall Street Journal, and The Washington Post.

Inflation? Stagnant economy? Rising energy prices? Embarrassing withdrawal from a foreign war? Battles over abortion and affirmative action? Declining faith in institutions? A general feeling of malaise about the country? Sounds like life in America today; but it actually describes America in the 1970s. No, Americans aren’t wearing bell bottoms or polyester leisure suits today, but many of our contemporary issues sound a lot like the problems that the nation faced in the 1970s. Join history professor Vincent Cannato to hear about this pivotal, but sometimes overlooked, decade in American history and learn about how the decade influenced our own time…and how it might provide lessons for escaping our current condition.

The Seventies: The Great Shift in American Culture, Society, and Politics, by Bruce J. Schulman

Mad as Hell: The Crisis of the 1970s and the Rise of the Populist Right, by Dominic Sandbrook

1. In what sense did the problems of the 1970s help pave the way for the election of Ronald Reagan as president and the rise of the conservative movement?
2. What factors best explain the economic difficulties that America experienced in the 1970s?

Did a great job discussing these 2 eras in our history fairly and without bias. Really enjoyed it.