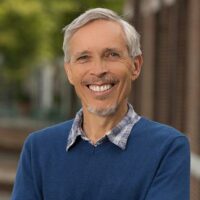 Chris Impey is a University Distinguished Professor of Astronomy at the University of Arizona whose research has been supported by $20 million in NASA and National Science Foundation (NSF) grants. The recipient of eleven teaching awards, he is a past Vice President of the American Astronomical Society, as well as a winner of their career Education Prize. He’s also been NSF Distinguished Teaching Scholar, Carnegie Council’s Arizona Professor of the Year, and a Howard Hughes Medical Institute Professor. Professor Impey is the author of two textbooks, a novel called Shadow World, and nine popular science books, including Beyond: Our Future in Space.

For science and scientists, it is the best of times and the worst of times. Scientific progress is rapid and scientists are held in high esteem by the general public, but scientific literacy is low and most people have only a vague idea about how science works. Worse, a substantial fraction of the public is skeptical on issues where the scientific consensus is emphatic: global climate change, evolution, and even the age of the Earth. We are awash in misinformation, and the problem is exacerbated by its rapid spread via social media. In science, the problem manifests as susceptibility to pseudoscience, superstition, and conspiracy theories. The onus is on scientists and educators to get out in public, communicate clearly, and tell the many compelling stories of discovery that breathe life into science.

Professor Impey has a gentle and effective delivery style. I truly enjoyed this presentation and will listen to it again. I would love him to present a talk on bias and how it affects the scientific method and the viewer’s understanding of the results. Thank you.

Bring Professor Impey back, please! This is one of the best presentations I’ve heard on OneDay U (and I’m over 250 now). He went straight into the facts. No fuzzy opinion stuff like so many lectures (“top five films/books/events”).

I really like the idea offered by another reviewer of presenting the issue of bias in scientific exploration. PLEASE focus more attention on the U part of your name. Independence. Rigor. Inspiring.

Professor Impey is an excellent speaker and exudes with common sense. I missed the online presentation and was able to get the video today. Many thanks.

His speaking was just great for getting his message across. The slides were a bit fast and there wasn’t time to spend much time with them.

I would enjoy his talking about Critical Thinking in more detail with some references to good books and practical ways to read the newspaper, drag up social media (aargh) and watch our favorite evening news.

Sincere thanks for a great program.

1 month ago
Madonna Karr
We need this.

Good facts to use as basis for understanding information. Some good questions and answers also. Good science.