The Constitution Revisited: An Alternative Look at America’s Founding Document 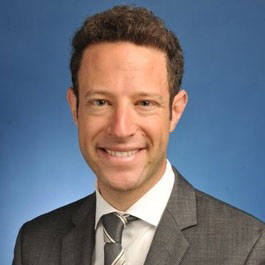 Andrew Porwancher is the Wick Cary Professor at the University of Oklahoma, where he teaches constitutional history. Professor Porwancher previously held the May Fellowship at Harvard, the Horne Fellowship at Oxford, and the Garwood Fellowship at Princeton. Porwancher also is the recipient of the Longmire Prize for innovative teaching. His newest book, The Jewish World of Alexander Hamilton, was published by Princeton University Press and won the Journal of the American Revolution Book-of-the Year Award.

Fascinating Facts About Our Constitution

Amid the heat of a Philadelphia summer in 1787, the delegates of the Constitutional Convention gathered to save a fledgling republic whose very existence was mired in doubt. Americans had waged a bloody war against their mother country a decade earlier to win their independence. Now, as the delegates debated the contours of a new frame of government, they were all too aware that if they failed, the people might once again take up arms. At this pivotal moment in history, the delegates drafted a Constitution that endures today as the oldest surviving national charter still in effect anywhere in the world.

Facts You Didn’t Know About the Constitution

But what did the framers really mean? Did they intend the Establishment Clause to merely ban a national religion or completely separate church and state? Was the Second Amendment designed to protect the rights of individuals or just militias? Were the framers unanimously in favor of allowing only men to vote, or were there some who felt differently? How much do we actually know about what transpired in Independence Hall? What myths were later invented and accepted as law? The surprising answers to these questions matter, not only for uncovering the truth about our history but for rethinking the laws that govern our lives today.

Learn More Facts About Our Constitution

Learn more interesting facts about our Constitution by checking out other great videos from our online video lectures library at OneDayU, including ‘6000 Years Of Religion’, ‘Americas Founders: What We Know Now’ & more on-demand now!