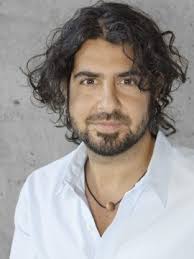 Azim Shariff is an Associate Professor and Chair of Moral Psychology at the University of British Columbia, where he directs the Centre for Applied Moral Psychology. He earned his undergraduate degree from the University of Toronto and doctorate from the University of British Columbia. His research on morality, religion, and technology has appeared in top academic journals such as Science, Nature, and the Proceedings of the National Academy of Sciences. He has written about this work for The New York Times, the Wall Street Journal, and Scientific American, and has spoken at the Aspen Ideas Festival and World Science Festival in New York.

The Evolution of Religion 101

Religion has been a critical part of the lives of billions of people around the world and throughout recorded history. Yet, religion has remained poorly understood from an academic perspective, remaining a topic shrouded in reverence, mystery, and often controversy. However, the last 20 years have seen tremendous leaps in our scientific understanding of why and what people believe. In this talk, Professor Azim Shariff will discuss how looking at religion using an evolutionary lens can help us understand the form, functions, and origins of faith. Drawing on psychology, economics, and anthropology, we will review evidence testing the hypothesis that the world’s most prominent religions look the way they do today in part because they historically managed to increase cooperation between people within groups, allowing for larger and more successful societies to form. This evidence bears on the role that religion plays in modern society, and the changing role it may play in the near future.

Learn More About the Evolution of Religion

Learn more about the evolution of religion by visiting our online video lectures. With new educational and entertaining online lectures every week, we’re constantly adding great courses to our library.  Below are some recent additions as well as some student favorites, including A Turning Point In American History, The Beatles & Popular Culture, What Is Power?. You can browse by category or by typing some keywords into the search bar to the left. Access to all recorded online video lectures comes standard with our membership, click here to learn more.

Plenty of food for thought here, although of course there’s lots more to talk about. I’m looking forward to hearing more from Dr. Shariff.

This was really interesting and well presented. Made me think a lot and became part of dinner conversation.