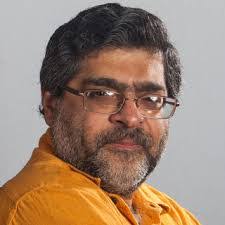 Vinay Lal is Professor of History and Asian American Studies at UCLA. His eighteen authored and edited books include: The History of History: Politics and Scholarship in Modern India (2003), Of Cricket, Guinness and Gandhi: Essays on Indian History and Culture (2005), and, most recently, The Fury of Covid-19: The Politics, Histories, and Unrequited Love of the Coronavirus (2020). Professor Lal’s abiding commitment to the idea and practice of nonviolence has been recognized by the California Legislative Assembly and the U.S. House of Representatives.

In TIME magazine’s list of “The 100 Most Important People of the Century,” Mohandas (“Mahatma”) Gandhi was second in line, behind Albert Einstein.  In India, he was — in his own lifetime — likened to Jesus and The Buddha.  Today, he is recognized around the world as a preeminent political figure and author of the idea of satyagraha (nonviolent resistance). To some, Gandhi was a “saint” among politicians; to others, he was too immersed in political life to be reckoned as a religious symbol.  As the principal architect of the Indian independence movement, Gandhi became a transformative figure in world politics, influencing not only the American Civil Rights Movement, but also figures such as Nelson Mandela, The Dalai Lama, Lech Walesa, and nonviolent activists around the world.

In this course, Professor Lal will explore Gandhi’s systematic critique of modern industrial civilization, his principled advocacy of simple living, and his lifelong struggles to combat pervasive forms of social and economic inequality. Gandhi was dismissive of the idea that he was any “Mahatma” (great soul); to that end, we also will look briefly at some of his increasingly controversial views on race, sexuality, caste, and the problem of violence.  This will give a greater appreciation of why Einstein said of Gandhi that “generations to come will scarce believe that such a one as this ever in flesh and blood walked upon this earth.”