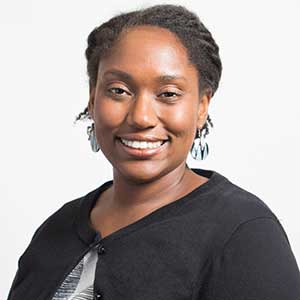 Marcia Chatelain is Associate Professor of History and African American Studies at Georgetown University. The author of South Side Girls: Growing up in the Great Migration, Chatelain is a public voice on the history of African American children, race in America, as well as social movements. She has been quoted in articles in the New York Times, the Chicago Tribune, and the Washington Post, and has appeared on local television and national outlets including C-SPAN, MSNBC, CNN, BBC-America, and PBS. In 2016, Chatelain was named a “Top Influencer in Higher Education,” by the Chronicle of Higher Education. She is currently the Eric and Wendy Schmidt Fellow at the New America Foundation in Washington, D.C.

The Great Migration was the mass movement of mostly rural Black Southerners to urban cores across the country between 1916 and 1970. It was one of the most important moments in American history and reconfigured the nation’s politics, arts, and culture. As millions of people confronted the challenges of a new labor market, housing segregation, and Northern racism, African American communities redefined themselves as representative of Southern sensibilities and Northern realities. In this course, Dr. Chatelain will explain how the Great Migration radically transformed urban issues, including urban real estate, schools, political alliances and voting patterns, as well as music, art, and literature. The Great Migration primed the nation for the radical changes of the mid-century civil rights movement, and the history of this moment continues to inform how we understand regional culture and race.