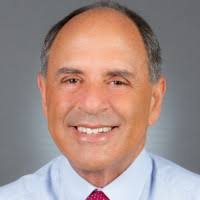 Chuck Freilich was a deputy national security adviser in Israel and a long-time senior fellow at Harvard’s Kennedy School of Government. He now teaches political science at NYU, Columbia and Tel Aviv universities. He has appeared as a commentator for ABC, NBC, CNN, NPR, El-Jazeera and various US, Israeli and foreign radio and TV stations.

Benjamin  Netanyahu was Israel’s longest-serving prime minister, having held the job continuously since 2009. Recently his opponents voted to replace him with a new coalition: a group of diverse parties from across the Israeli political spectrum. The new prime minister is Naftali Bennett, from the right wing Yamina party, though Yair Lapid, from the centrist Yesh Atid party, will take over in two years. It’s a power split that partly reflects the internal divisions inside the coalition, which depends on votes from eight different parties on the right, center, and left. One of the eight is even Ra’am, an Islamist party and the first Arab party ever to join an Israeli governing coalition.

The new government will have to face a series of critical national security issues from day one – how to prevent renewed warfare with Hamas, which may break out at any moment, and how to address the threat from Hezbollah, and above all the Iranian nuclear threat. At the same time, there is a unique opportunity to reset relations with the United States.