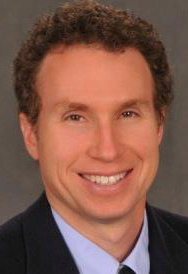 Dr. Andrew Newberg is a neuroscientist and professor at Thomas Jefferson University who studies the relationship between brain function and various mental states. He is a pioneer in the neurological study of religious and spiritual experiences: a field known as “neurotheology.” His research includes taking brain scans of people in prayer, meditation, rituals, and trance states, in an attempt to better understand the nature of religious and spiritual practices and attitudes.

Until very recently, most everyone assumed that Neurology and Theology were entirely unrelated. But U Penn Professor Andrew Newberg has changed all of that with his remarkable research on topic of “Neurotheology.” It has garnered increasing attention in academic as well as religious communities for its attempts at exploring more specifically how Jewish religious thought and experience may intersect with brain function. His brand new The Jewish Brain presentation engages this groundbreaking area. He’ll adopt a neurological approach to the foundational beliefs that arise from the Torah and associated scriptures, Jewish learning, an exploration of the different elements of Judaism (i.e. reform, conservative, and orthodox), an exploration of specifically Jewish practices (i.e. Davening, Sabbath, Kosher), and even a somewhat surprising review of Jewish mysticism!

Learn more by checking out other great videos at OneDayU, including ‘The Power Of Mindset, ‘How To Analyze Films ’ & ‘National Security vs Privacy’ all on-demand now.