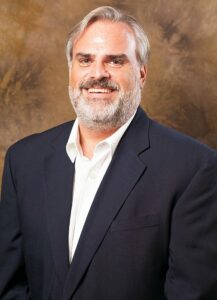 Tom Paradise is a professor of Geosciences at the University of Arkansas, where he teaches geography, geology, and gemology classes. Paradise has earned degrees in the gemological sciences with the history of jewels and gemstones through the Gemological Association of Great Britain (FGA, Gem-A) and the Gemological Institute of America (GG, GIA). He has conducted appraisals for VIPs, corporations, banks, and national and international agencies since the 1980s.

In 2,000, Petra was named one of the “New Seven Wonders of the World.” Forever immortalized in the finale of the movie “Indiana Jones and the Last Crusade,” this famous archeological site was inhabited since prehistoric times, and contains tombs and temples carved into pink sandstone cliffs — earning the location its nickname, the “Rose City.” Join Professor Thomas Paradise as he takes us on a visually stunning tour of The Lost City of Petra, discussing the ancient city’s architecture, history, landscape, and people along the way. From the hidden entry at Wadi Musa to the enigmatic monastery nestled in the faraway peaks of the valley in Jordan, Paradise will share his passion, insight, and rare perspective from more than three decades of living, teaching, researching, and mentoring in the “rose-red city half as old as time” that remained hidden and forgotten for over 1,000 years.

Well described! I was there long ago, so it was interesting to learn about the changes.

3 months ago
Elaine Lackritz
Petra , the past and its future

What a wonderful presentation. Having a expert and current explorer give this talk, made it an alive and most interesting study of a ancient city and its surrounding structures.
It would most definitely be on my Bucket List to visit.
Thank you for sharing your knowledge with a hungry audience .

Fascinating lecture. Great pictures. I almost felt like I was right there.

So fascinating. You feel like you must visit. Great presenter.

I have long loved Petra, but learned so much for his unique experience and perspective. His passion is clear and really brings the whole monument to life. I can’t wait to visit!