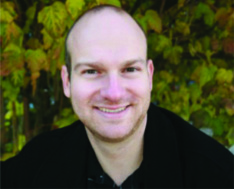 Dr. Allen Pietrobon is an Assistant Professor and Program Chair of the Global Affairs department at Trinity Washington University. An award-winning historian and public speaker, Allen specializes in 20th-Century American history and U.S. Foreign Policy, focusing on nuclear weapons policies and Cold War diplomacy. Since 2011, he has also served as an Assistant Director of Research at the Nuclear Studies Institute at American University. His latest book, Norman Cousins: Peacemaker in the Atomic Age, explores the widespread influence that prominent journalist Norman Cousins had on postwar international humanitarian aid, anti-nuclear advocacy, and Cold War diplomacy, including secret diplomatic missions he conducted behind the Iron Curtain.

The creation of the first atomic bomb in 1945 fundamentally changed the very nature of American life and international relations. Since that fateful August day when Hiroshima was bombed, every single U.S. president has referenced nuclear weapons in public speeches, with President John F. Kennedy famously telling the United Nations in 1961: “The weapons of war must be abolished before they abolish us.” But Kennedy’s view that we needed to get rid of nuclear weapons is very different from President Franklin Roosevelt’s concern back in 1941. With the Second World War raging, the U.S. feared that Hitler’s Germany was working on developing an atomic weapon. To head off the devastating possibility of the Nazis creating such a game-changing weapon, Roosevelt approved “The Manhattan Project” — the Top-Secret program to develop the most powerful weapon the world has ever known.

In this talk, Professor Pietrobon will explore the history of the Manhattan Project and explain how the atomic bombing of Hiroshima and Nagasaki was celebrated for bringing the Second World War to a close; yet the reality is a lot more complicated. The existence of nuclear weapons forever changed the entire world; they shaped the way Americans lived, influenced post war American culture, and have been a dangerous flashpoint in international relations. This talk will examine the development of the atomic bomb and the long shadow it cast, as well as some fascinating and little-known ramifications of how the Manhattan Project continues to affect us–even 77 years after the first (and last) time an atomic bomb has ever been used in combat.