Skip to content
All Videos / Psychology, Health and Wellness 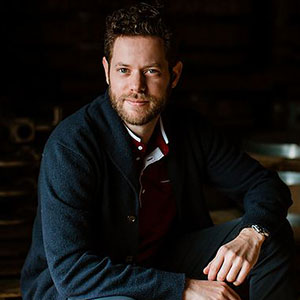 William Schragis lectures at the Culinary Institute of America in Napa Valley and is the Chief Product Innovation Officer at Barrell Craft Spirits. A graduate of Wesleyan University and the Culinary Institute of America, he previously worked as a sommelier in Eli Zabar’s family of restaurants and wine shops, and at Zachy’s Retail and Auction — one of the world’s leading fine wine and spirits retailers — where he managed sales and purchasing for the spirits department.

Everything You Need to Know About the Modern Whiskey Boom

From Kentucky to Taiwan, a new generation of whiskey makers (spelled whisky in some parts of the world) are changing the way we produce, talk about, and drink the classic dram. Join our newest “faculty member”, a guest lecturer from the Culinary Institute of America and National Director of Barrell Craft Spirits, in a tour of whiskies that are innovating around the globe. Learn how to taste, what to look for, and some of the science behind how it was all done.

What Caused the Modern Whiskey Boom?

The past two decades have brought the world thousands of new whiskey brands, bottles, and styles. From the emergence of “craft distillers”, to whiskey of the month clubs, to “vintage” whiskey auctions, we enjoy exponentially more whiskey styles and have access to more information about them. Unfortunately, this “whiskey boom” also brought outrageous price increases, misinformation, secondary “gray” markets, and a litany of new regulatory loopholes. Never before has it been so easy to buy whiskey, and not since prohibition has it been so difficult for some people to find or buy the whiskey they want.

Join William Schragis, guest lecturer from the Culinary Institute of America and National Director of Barrell Craft Spirits in a lecture and discussion about the modern state of the Whiskey industry. He will give a brief overview of the actual definition of whiskey in the 5 main whiskey-producing countries and speak about some of the most successful classic and emerging whiskey makers. He will then offer some personal insight on how companies large and small have capitalized on the growing interest and how others have failed to teach the world why they are so special.