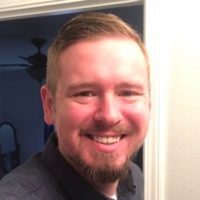 A History of Walt Disney

Many remember Walt Disney as a creative genius who revolutionized the entertainment industry. However, it was never inevitable during Walt’s early years that he would become the entertainment mogul of the twentieth century.

When a new form of entertainment emerged in the early 1900s, “motion pictures” captured the imagination of a young boy from Missouri. Over the next several years, Walt would begin to hone his art skills, overcoming several hurdles, including numerous relocations, a close call with a global pandemic, a deployment to Europe in the days after World War One, numerous bankruptcies, and even homelessness. It was these adversities, along with the historical events that surrounded him, that would influence the man he would become.

Retrace the Steps of the Young Walt Disney

Join author and historian, Andrew Kiste, as he retraces the steps of the young Walt Disney–from the room where he was born in Chicago, to the small-town farm that impacted him so much, to the urban streets on which he delivered newspapers and experienced homelessness in Kansas City. Learn about the fascinating line of events and developments that led Walt Disney to become one of our most famous artists, animators, filmmakers, and visionaries.

Recommended Reading on the History of Walt Disney:

The topic was really interesting, but occasionally the sequencing was a little mixed. It would be nice if our lecturer smiled a bit more as his affect was a little flat. We still enjoyed the lecture.