The Pompeii Excavation: Whispers From The Ashes 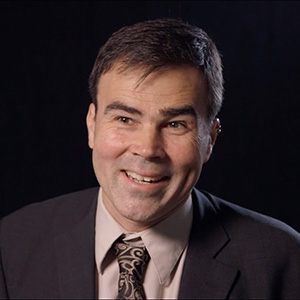 Michael Anderson is a Professor of Classical Archaeology at San Francisco State University and Director of the Via Consolare Project in Pompeii. The Via Consolare Project works to document and explain the chronology and stratigraphic record of the properties along the length of the via Consolare: a major roadway on the western side of ancient Pompeii.  Professor Anderson has conducted primary archaeological research and excavation in Pompeii for more than 20 years.

The Excavation of Pompeii & Archeology

The towns, farms and villas buried by the cataclysmic eruption of Mount Vesuvius provide a unique and valuable window into Roman and Pre-Roman daily life from roughly 3rd century BCE to their sudden end in 79 CE. Lost and largely forgotten thereafter, Pompeii and its neighbor, Herculaneum, only began to reveal their secrets after their initial excavations in the 18th and 19th centuries. Since that time, the wealth of evidence these sites provide — from artifacts, to wall paintings, to architecture — has made them central to the study of ancient Rome. Even after more than 200 years of excavation and study, they continue to draw archaeological researchers from all over the world, making them among the most famous and longest continuously excavated archaeological sites. In this presentation, professor and archeologist Michael Anderson will provide an overview of the area, its history, the eruption, and the excavations in Pompeii, Herculaneum and their surroundings — including results from recent excavations by the Via Consolare Project in Pompeii.

Learn more about Pompeii by checking out other great videos at OneDayU, including ‘Strategic Thinking & Thinking Big, ‘Hemingway & Fitzgerald’s Relationship’ & ‘The Meaning Behind A Date That Will Live In Infamy’ all on-demand now.