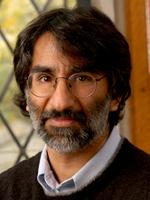 Akhil Amar is Sterling Professor of Law and Political Science at Yale University. Professor Amar is the co-editor of a leading constitutional law casebook, “Processes of Constitutional Decisionmaking.” He is also the author of several books, including “The Constitution and Criminal Procedure: First Principles,” “The Bill of Rights: Creation and Reconstruction,” “America’s Constitution: A Biography,” and most recently, “America’s Unwritten Constitution: The Precedents and Principles We Live By.”

This class will explore the early American Presidency, from George Washington to Abraham Lincoln. In some ways, the two were remarkably similar: strong Unionists who guided their country through years of bloodshed and sacrifice. But the differences are also stark. Washington positioned himself above the political fray—elected and reelected unanimously—whereas Lincoln was intensely polarizing. Washington came to power as a Virginian with extraordinary military and diplomatic credentials—and virtually all other elected presidents prior to 1860 were likewise generals and/or diplomats, and were either southerners or northerners with substantial southern political support. Lincoln broke the mold.

The twists and turns of antebellum American history are powerfully embodied in the life stories, electoral strategies, and presidential policies of America’s first sixteen chief executives. Come hear, for example, how the electoral college was designed by and for Washington and other leading Virginians; was quickly redesigned by and for Thomas Jefferson’s pro-southern party; yet ultimately came to place an emphatically anti-slavery northwesterner in the White House.