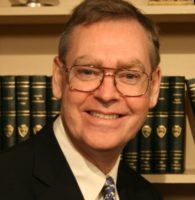 The British Empire was not planned. It began with a series of trading ventures in distant parts of the world after England’s victory over the Spanish Armada in 1588. The motive was commercial profit, not national power, with the East India Company, the Virginia Company, and other chartered groups taking the initiative. By the mid 1700s, however, government was closely involved and underwrote the conquest of India and Canada, and the settlement of Australia. Britain, despite losing its American colonies in the 1770s and 1780s, continued to grow its empire through the Nineteenth Century–especially in Africa. The empire justified itself as an instrument of civilization that benefited colonizers and colonized alike. Britain’s sense of certainty that it was morally defensible declined after the horrors of World War I, especially when Gandhi and other anti-colonial leaders emerged. Confidence declined further after World War II when Britain, nominally victorious but actually weakened, declared itself unwilling and unable to maintain its world-bestriding role.

Recommended Reading:
The Pax Britannica Trilogy, by James Morris
Empire: How Britain Made the Modern World, by Niall Ferguson
British Empire: Sunrise to Sunset, by Philippa Levine
Rise and Fall of the British Empire, by Lawrence James

Discussion Questions:
1. How strong were the arguments in favor of the Empire, and why did they gradually lose force?
2. Why was India — the “jewel in the crown”– different from all of Britain’s other colonies?
3. Why did many former colonies decide to join the British Commonwealth?
4. Has the British Empire conferred long-term benefits on the places it influenced.

This was an excellent overview presentation of several hundred years of the development and lifetime of the British Empire. The information was well presented and the accompanying photos complimented the lecture very nicely. A great lecture by an incredibly knowledgeable professor- thanks so much for all the hard work you put into this lecture.

Patrick Allitt was really quite superb with his discussion of a massive amount of history and time. Some of us have lived through almost 100 years of that history and it was just excellent to revisit so many aspects of people, places, times and experiences from our own small point on the planet.

Sincere thanks for your clear and articulate presentation.

Excellent lecture! Very knoledgeable professor and he did put a lot of information in a short period of time with so much expertise. I understood the timelines and everything. Thank you for these scolars who dedicate their time and lives to learn and share with us!

Sorry I forgot the stars…

perhaps the lecture could have been divided into TWO lectures-which would allow for more detailed examples of British attitudes and actions in these countries. The professor is a pleasant presenter and well organized.