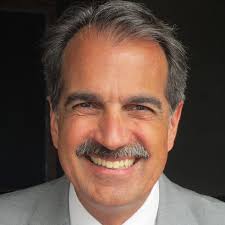 This year marks the 200th anniversary of the decipherment of Egyptian hieroglyphics by the French savant Jean-François Champollion, announced during his famous lecture in Paris in September 1822.  The key, of course, was the Rosetta Stone: a bilingual Greek-Egyptian inscription discovered by French archaeologists in 1799.

How did the whole process unfold?  What steps were taken prior to the discovery of the Rosetta Stone towards the elucidation of Egyptian hieroglyphics?  Why did it take so long, even with a bilingual inscription, for someone to be able to read the Egyptian portion?  In fact, what precisely is the Rosetta Stone?  And if it was discovered by the French, how and why did it come to be housed in the British Museum in London?

Join Professor Gary Rendsburg for all this and much more – including a basic tutorial in the reading of Egyptian hieroglyphics – as we consider one of the most important archaeological discoveries of all time.

Great lecture! A wonderful overview and refresher of the ancient world and the 18th and 19th c. environment in which the Rosetta Stone was discovered and translated. Well-paced and informative.