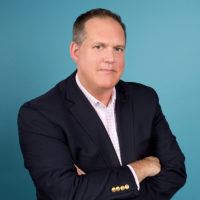 Timothy Patrick McCarthy holds a joint faculty appointment at the Harvard University Graduate School of Education and the John F. Kennedy School of Government. Twice named one of Harvard Crimson’s “Professors of the Year,” Dr. McCarthy is the recipient of the 2019 Manuel C. Carballo Award for Excellence in Teaching, the Kennedy School’s highest teaching honor, and co-recipient of the 2015 National Humanities Medal. He is the author or editor of six books, including the forthcoming Reckoning with History: Unfinished Stories of American Freedom, and Stonewall’s Children: Living Queer History in an Age of Liberation, Loss, and Love.

A History of the Stonewall Riots

“The first Pride was a riot” is a popular mantra in LGBTQ circles—and there’s real truth to it.

Facts About the Stonewall Riots

Fifty-two years ago, in the early morning hours of June 28, 1969, a group of plainclothes police officers raided the Stonewall Inn, a popular gay bar located on Christopher Street in New York City’s West Village. Raids on gay bars were a common practice of surveillance and violence at that time, but this one ignited a fire—literally and figuratively. Stonewall was hardly the first confrontation between state authority and LGBTQ citizens. This has a very long history, here in the United States and elsewhere. In many ways, however, it was the most spectacular and sustained, involving thousands of ordinary people—diverse in color, class, circumstance, and conviction—who participated in six consecutive nights of violent resistance against police repression and so much else. As the pioneering gay historian Martin Duberman describes it: “Stonewall is the emblematic event in modern [queer] history…an empowering symbol of global proportions.”

In this lecture, Professor McCarthy will discuss the power of Stonewall—what preceded it, what happened during it, what came after it—to explain its centrality and significance in modern LGBTQ history. He will also discuss the problem of Stonewall—the contested accounts of it, the complicated myths that surround it, the conflicting claims to it—to explain how origin stories can obscure as much as they illuminate.

Discussion Questions About the History of  The Stonewall Riots:

Learn More About the History of The Stonewall Riots

For more online lectures about the history of the Stonewall Riots check out fascinating lectures in our online history lectures library. Access to all online video lectures comes standard with OneDayU membership, click here to learn more.