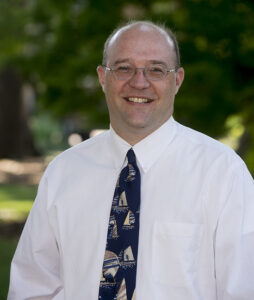 In March 2021, the containership Ever Given grounded in the Suez Canal and for six days not only closed this vital waterway–which links the Mediterranean to the Red Sea–but brought 12 percent of the world’s commerce to a stand-still. When the HMS Newport first transited the canal on November 17, 1869, the world became a smaller place: cutting the distance between Europe and Asia by 5,500 miles. But the construction of the canal came at great cost, in terms of both money and lives, with an estimated 3,000 workers perishing in the process. Throughout its history, the Suez Canal has been the center of struggles: by the Ottomans in the First World War, the Germans in the Second World War, nationalization by Egypt, and then attacks by the British, French, and Israelis in 1956. In 1967, a war with Israeli closed the canal for eight years — altering global shipping and introducing the supertanker to the planet’s oceans.

In this class, historian Sal Mercogliano will take you through the concept and construction of the Suez Canal under the guidance of Ferdinand de Lesseps. In the beginning, the canal allowed the British, through their navy and merchant marines, to dominate world trade; today, the canal has become a key maritime chokepoint.

Professor M does a great job reviewing the history of the Canal and handling the Q&A. Great details. Thank you.

Such an excellent presentation. Professor Mercogliano is imiassioned about this subject and I learned ever so much. If only we didn’t have to fight over things so much. Many thanks.

Provides an overview of the canal’s history and it’s global importance – both then and now. I highly recommend this lecture!