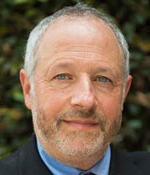 The myth of Thanksgiving is powerful and ubiquitous.  In the autumn of 1621, so American legend has it, English Pilgrims seeking religious freedom shared a feast with Wampanoags, the residents of the territory the Pilgrims labeled Plymouth.  The good feelings of that meal soon faded when Native peoples and English colonists, including the Pilgrims, began to compete for resources, initiating conflicts that raged for generations.  Yet despite the often-violent relations between the nation and Indigenous communities, the myth of coexistence remained.

Amid the US Civil War, President Abraham Lincoln, responding to public pressure, declared the fourth Thursday of November to be a national holiday–with a nod to that early meal in New England.  But starting in 1970, many Americans, led by Indigenous protesters, believed that Thanksgiving should be rededicated as a National Day of Mourning to reflect the centuries-long displacement and persecution of Native Americans.  The recent shift from Columbus Day to Indigenous Peoples Day reflects a changing national mood.  Should Americans reconsider Thanksgiving when wrestling with our country’s complicated past?

Professor Mancall fulfilled the claimed content of this presentation very well. He is very obviously a true expert on the subject, and his style of exposition is very engaging.
In contrast to some past presentations in other media, such as the 2016 PBS work of Ric Burns “The Pilgrims”, today’s presentation was not revisionist history but rather in-depth history.
Really outstanding.

Engaging, informative, and well-spoken, we thoroughly enjoyed it.

1 year ago
allen.black
A Good Story of a True Thanksgiving.

A good job telling the story of the Olde Worlders first Thanksgiving. Native Americans had been having Thanksgiving for hundreds of years before the Olde Worlders came to New England. There was nothing said about how the Pilgrims robbed the graves of the Native People and took items and even corn and beans that were gifts for the Holy Spirit. A good job telling the story but should have told the whole story.