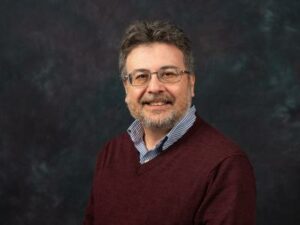 Dr. Christopher M. Bellitto is Professor of History at Kean University in New Jersey, where he teaches courses in ancient and medieval history. A specialist in church history and reform, he is the author of ten books, including his latest: Ageless Wisdom: Lifetime Lessons from the Bible. His current project is a history of humility as the lost virtue, supported by a National Endowment for the Humanities Public Scholar Grant. Dr. Bellitto also serves as series Editor in Chief of Brill’s Companions to the Christian Tradition and Academic Editor at Large for Paulist Press. He is a former Fulbright Specialist at the University of Canterbury in Christchurch, New Zealand, and was Visiting Scholar at Princeton Theological Seminary 2021-2022.

Homer in his Iliad and Odyssey describes a ten-year war more than 3,000 years ago between the Greeks and Trojans after Paris stole Helen of Troy from Sparta. But lots of questions remain about this story. Who was Homer, and if he really lived, how trustworthy is his account? Was there really a Helen — and was she so beautiful that her face could “launch a thousand ships?” Could Achilles have nearly single-handedly beaten the Trojans? Did the Greeks really trick the Trojans using a big horse in which they hid? In the end we wonder: is there history behind the legends?  Join Professor Bellitto as we dig–literally and metaphorically–meeting ancient bards, gods, and goddesses, and exploring a tale that was retold throughout the medieval and modern periods. We’ll even encounter an amateur archaeologist named Heinrich Schliemann who was part huckster, part canny promoter, and part P.T. Barnum!

Iliad and Odyssey, by Homer

(If you want to read the most famous sections: Lombardo, Stanley, trans. The Essential Homer)

The Archaeology of Greek and Roman Troy, by Charles Brian Rose

The Trojan War: A New History, by Barry Strauss

The Trojan War, by Carol G. Thomas and Craig Conant

In Search of the Trojan War, by Michael Wood

Professor Belliggo did such a fantastic presentation. I knew little or nothing bout all of this and really appreciated this introduction. I’ll see if I can find the movie.

one of the best. clear on the time line and the significance of Homer as probably a congregate character.

Professor Bellitto makes me want to fly up to Kean Univ. to sit in on his courses. Excellent overview of ancient history and all the names you’ve heard of for years but didn’t know where they fit in. Am off to get prose version of Homer’s great books. Hope OneDayU uses him for other lectures.

Excellent historical review & enjoyed the lecture – Professor, out of interest,. may enjoy the book “Troy,” by Stephan Fry. Some historical & hysterical “whimsy about the gods & Troy”. Would love to hear his comments were he to read it LK Harris, MD

Excellent overview of the historical, literary and mythological threads that weave into this story. Like Penelope, Dr. Bellitto displays the tapestry and then unravels it for our understanding. Well done.