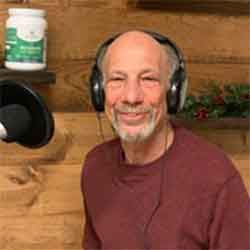 Neil Ratner MD “the Rock Doc” has a history that sounds like a movie script. A frustrated drummer he quite college in the early 70’s moving up the ladder from road manager to tour manager to producer of groups like Edgar Winter’s White Trash, Emerson Lake and Palmer and Pink Floyd. Then in a dramatic about face Neil went back to school to pursue his other childhood dream of becoming an MD and after 10 years of college, medical school and residency Neil became a pioneer in the field of office based Ambulatory Anesthesia. The Rock Doc has been a permanent resident of Woodstock, New York for the past 15 years and can be heard on Radio Woodstock and iHeart Radio weekends at 3PM with his segment This week in the History of Rock and Roll. He is also the author of his recently published autobiography “Rock Doc”.

The History Of The Woodstock Festival

In August 1969, half a million “hippies, beatniks, and long-hairs” descended upon upstate New York for the Woodstock music festival. The world was never quite the same.The festival is not only an icon of American musical history but of American history itself.  But as famous as this festival remains 51 years later, its story is widely misunderstood to this day.

So how did the most famous music festival in history get misnomered? Who organized it, and what myths about that weekend were mere legend — and which were true? Woodstock icon “Rock Doc” Neil Ratner will fill us in on the complete, true story of what unfolded at the first Woodstock festival in upstate New York during that historic weekend.

Learn more about our history by checking out other great videos at OneDayU, including ‘Six People Who Built America‘, The Greatest Military Strategists & Tacticians’ & ‘Musicals That Changed Broadway’ all on-demand now.