Thurgood Marshall: His Leadership and Legacy 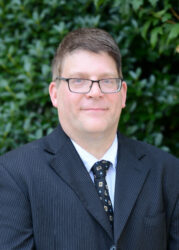 David L. Hudson, Jr., is Assistant Professor of Law at Belmont University College of Law, where he teaches Legal Information and Communication. A leading expert on the U.S. Constitution and landmark Supreme Court cases, he has worked on First Amendment issues for much of his career. The author, co-author, or co-editor of more than 40 books, Professor Hudson serves as a Justice Robert H. Jackson Legal Fellow for the Foundation for Individual Rights in Education and a First Amendment Fellow for the Freedom Forum Institute. He previously taught at Vanderbilt Law School and the Nashville School of Law, where he was awarded their Distinguished Faculty Award. Hudson also is a licensed boxing judge and has judged a dozen world title bouts.

Justice Elena Kagan has called him “the most important lawyer of the 20th century.” Justice William Brennan wrote that his friend and colleague was “the central figure in this nation’s struggle to eliminate institutional racism.” Known as “Mr. Civil Rights” for his advocacy on behalf of racial justice, Thurgood Marshall argued before the U.S. Supreme Court in Brown v. Board of Education, arguably the most important Supreme Court decision in history. He later became the first African American to serve as U.S. Solicitor and as a Supreme Court Justice.

In this powerful lecture from award-winning law professor David L. Hudson Jr., you’ll follow the trajectory that led Marshall to become a transformational counsel for the NAACP and, in 1967, the first African American Supreme Court Justice. Marshall sat on the Court for 24 years, leaving an indelible impact in many areas of law. This talk will highlight Marshall’s groundbreaking accomplishments and leave you with a deeper appreciation of one of America’s racial pioneers and true heroes.