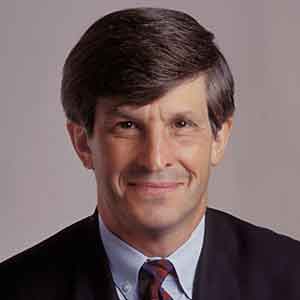 Allan J. Lichtman is a Professor of History at American University and a Faculty Affiliate in the Department of Justice, Law & Criminology. A recipient of American University’s Scholar/Teacher of the Year Award, he regularly comments on politics and public affairs for major U.S. and foreign networks, newspapers and magazines. His books include: The Keys to the White House: A Surefire Guide to Predicting the Next President, and Predicting the Next President.

The New York Times has described Allan J. Lichtman as the “Nostradamus of Presidential Elections.” Why? Because this history professor has developed a system for predicting the results of presidential elections that has been correct since Ronald Reagan’s victory in 1984!

In fact, he was one of the very few pundits who had correctly predicted the outcome of Donald Trump’s unexpected victory on election night in 2016. During this fascinating presentation, prominent political analyst and historian Lichtman will present the findings of his “13 keys system,” which enables him to predict the outcome of the popular vote solely on historical factors, rather than the use of candidate-preference polls, tactics, or campaign events. In doing so, he dispels much of the mystery behind electoral politics and challenges many traditional assumptions.