What’s So Amazing About Birds? 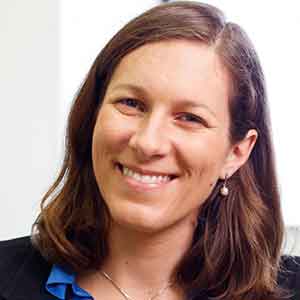 Dr. Allison Shultz is an evolutionary biologist, Assistant Curator of Ornithology at the Natural History Museum of Los Angeles, Visiting Professor at the University of Southern California, and Adjunct Assistant Professor at San Diego State University. She integrates research across timescales to gain an understanding of the processes that produce patterns of biodiversity. Dr. Shultz is an elective member of the American Ornithological Society, and has received a number of awards and fellowships, including a certificate of distinction in teaching for her work as a teaching fellow at Harvard University.

Birds have fascinated humans throughout history – even today in the United States alone, over 45 million people are bird-watchers. But what makes these feathered friends so interesting – that is, what makes a bird a bird, and how have they adapted to some of the most diverse regions around the world? How do birds sense the environment around them and how do they navigate the globe? Join ornithologist and curator Dr. Allison Shultz to delve into the biology of the over 10,000 species of modern-day dinosaurs that surround us – birds.

Birds are widespread and familiar creatures–there are about 10,000 species on planet Earth! They are, perhaps, the vertebrates we are most familiar with in our day-to-day lives, and we have been fascinated by them for centuries. Pigeons and house sparrows join us in cities, while chickadees and other forest species make their homes in our backyards. Birds can tell us a lot about the natural world, and about the impact that humans are having on the planet. This lecture will begin by exploring what makes a bird a bird (Where did birds come from?), and will dive into the amazing things we are learning by studying them. We’ll explore the worlds of birds, from biological diversity to the impacts that anthropogenic changes are having on where animals live and how they interact.

We will also cover some of Professor Taylor’s research on common backyard bird species, and explore recent findings that examine avian hybridization to gain a better understanding of divergence and speciation in birds. From the feather color to metabolic pathways that differ between closely related species, this work is helping us better understand what makes each species different, and how those differences contribute to the maintenance of avian biodiversity.

From the Lecture, Amazing Facts About Birds:

“There’s this stereotype that birds are not very smart. However, that’s not the case. Being called a “bird brain” is actually a compliment. So, if somebody says, ‘You’re a bird brain,’ you should say ‘Why, thank you!’ So, this bird here: this is an African gray parrot. A researcher at Harvard named Irene Pepperberg has studied these birds for many years. She has shown that these parrots can actually out-perform some 4 to 6-year-olds on certain tests for reasoning, tests for memory, and the ability to count. There was this classic view that a bird’s brain was mostly driven by more primitive behavior. However, more modern views have redescribed the avian brain to actually match the human brain more closely. And so, birds are incredibly smart.

There is one thing that I’ve always wondered that I think is fascinating: how do birds sleep if they are constantly flying? How do they sleep during migration?  Some species will touch down — either during the day or during the night — and rest. Some species don’t. So, what do they do? Birds actually can shut down half of their brain and sleep while flying. One fun fact about the albatross: albatrosses only return to land to breed and so they fly years and years at sea before they breed that first time. There are also swifts – a different example. So, birds can either shut off half of their brain or they can take little micro naps. These swifts will take naps that last just for a couple of seconds, but if they take enough of them, I guess that’s enough to allow them to keep going on.”

Watch What’s So Amazing About Birds? By Becoming A Member Today!

For more lectures about science check out our available lectures in our online video library. Sign up for One Day University Membership today for unlimited access to hundreds of talks and lectures including ‘What’s So Amazing About Birds?‘ and so much more!