Who Was Spinoza and Why Should We Care? 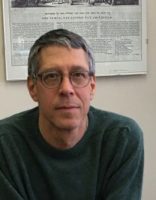 Steven Nadler is Vilas Research Professor and William H. Hay II Professor of Philosophy at the University of Wisconsin-Madison. His latest books are Think Least of Death: Spinoza on How to Live and How to Die (Princeton, 2020) and When Bad Thinking Happens to Good People: How Philosophy Can Save Us from Ourselves (Princeton, 2021). He is a member of the American Academy of Arts and Sciences.

WHO WAS BARUCH SPINOZA?

Bento (Baruch) de Spinoza was the most original and radical thinker of his time. His “scandalous” works were widely condemned by civil, academic and ecclesiastic authorities. One overwrought contemporary critic proclaimed that Spinoza’s Theological-Political Treatise was “a book forged in hell by the devil himself.”  His writings are no easy read. And yet, he remains today perhaps the most relevant thinker from the history of philosophy.

Spinoza rejected the notion of an anthropomorphic, providential God; he argued that miracles are impossible; he demonstrated that the Bible is simply a work of human literature, and he showed that the belief in an afterlife where immortal souls are rewarded or punished is a pernicious superstitious fiction. True religion, he claimed, is nothing but the life of reason devoted to love, justice and charity. Spinoza was also the first to argue in a sustained and serious way for a tolerant, secular and democratic society.

THE LIFETIME BAN ON BARUCH SPINOZA

In July 1656, twenty-three-year-old Bento (Baruch) de Spinoza received a lifetime ban (herem or excommunication) from the Portuguese-Jewish community of Amsterdam. The extant document refers only to the young man’s “abominable heresies” and “monstrous deeds,” without telling us exactly what his offenses were. For anyone who reads Spinoza’s later philosophical treatises, however, there really is no mystery. In today’s dangerous circumstances, we can do no better than to turn to the lessons in rationality and virtue of this bold and “heretical” seventeenth-century philosopher.

DISCUSSION QUESTIONS ON WHO WAS SPINOZA?:

Nadler does a great job of giving us Spinoza “on one foot”., and also a sense of what life was like in his Amsterdam. Atheism is always out of style, and religious fanaticism is always either ascendant or waiting in the wings. We need all the rationality we can get. I’m inspired to do some more reading, both of Nadler’s books and of Spinoza himself.

I knew a little about Spinoza’s life and thought, but I still learned a lot, as well as learning more about the times he lived in and how his thinking would have fir in to the Jewish and Christian teachings of the time. Well worth the time spent!

I liked the lecture a lot, however, I would like lecturer to avoid personal political remarks. While I may have similar views, certain comments are inappropriate since we are not listening to 21 century American election or leaders, we are talking about religion and philosophy. Otherwise, it was very interesting.