Why Cuba Matters So Much: Past, Present, and Future 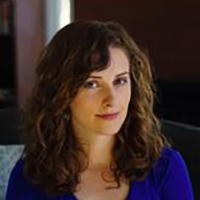 Jennifer Lambe is an Associate Professor of Latin American and Caribbean history at Brown University and the author of Madhouse: Psychiatry and Politics in Cuban History (2017). She is also the co-editor, with Michael Bustamante, of The Revolution from Within: Cuba, 1959-1980 (2019) and the author of numerous articles on the history of psychiatry and medicine, and the history of Cuba.

About Cuba: History and Culture

The word “Cuba” conjures up a series of clichés: from bearded guerrillas to old American cars, splashy nightclubs, and everything in between.  Once the jewel in the Spanish imperial crown, Cuba has been home to some of the world’s most radical revolutions and violent retrenchments. For centuries, its influence has spread well beyond its borders, igniting the passion of nationalists and internationalists, as well as the wrath of imperial aggression. Five hundred years of historical crossings and the forced migrations of people from around the world have, in turn, created one of the world’s most vibrant cultural traditions.

In this course, we will consider events in Cuba’s recent past, most notably the unprecedented popular protests that erupted this past summer, in the context of a long history stretching from Columbus’s first voyages all the way through the 1959 Cuban Revolution. A persistent revolutionary vision runs through these centuries: from the first indigenous rebellions against Spanish colonialism, through slave revolts and a series of political and social revolutions in the nineteenth and twentieth centuries. But the history of Cuba cannot be contained neatly on one island. Rather, as we will see, the past and present of Cuba, in turn, offer a powerful window into other pasts, presents, and futures — most especially in the United States.

Recommended Reading about Why Cuba Matters:

Discussion Questions on Why Cuba Matters: