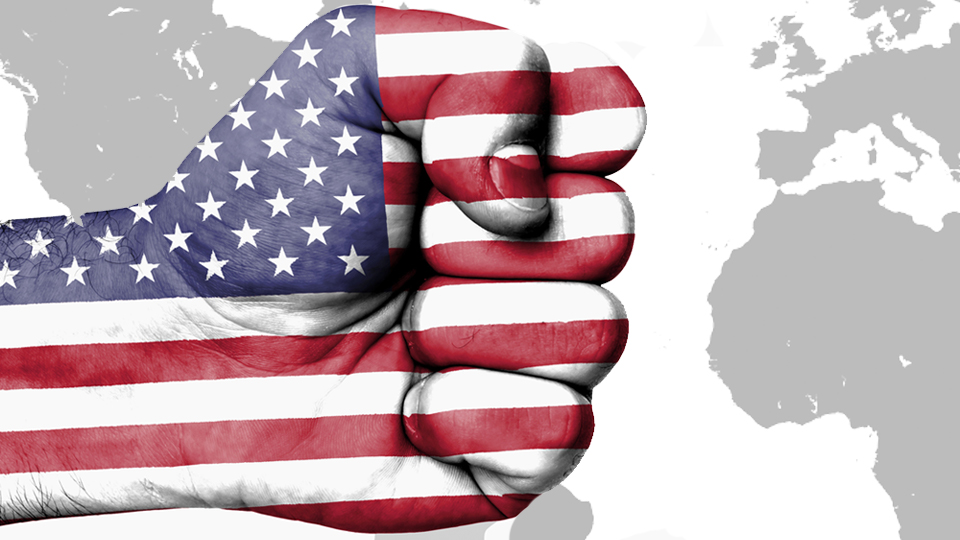 The 1964 World’s Fair was dedicated to “Man’s Achievement on a Shrinking Globe in an Expanding Universe.” It was a showcase for technology, innovation, culture, globalization and optimism. 51 million people descended upon Queens, NY to be inspired….mainly by America’s superiority. Stephanie Yuhl from Holy Cross explains in the video clip above.

America Runs Everything. How’s that Going?

Is America the shining beacon of hope, innovation and freedom that was envisioned in 1964? Well, I guess that depends on who you ask. We asked William Burke-White from Penn to give us an up-to-the-minute look at America’s standing in the World.

American efforts over many years have played a key role in priming and promoting the economies of other countries. But now that some of those efforts have been quite successful, as we got what we wished for we’re starting to have second thoughts. Stephen Kotkin from Princeton explains why.

Are We the Next Rome?

Comparisons between the Roman Empire and today’s America are commonly made – now more than ever. In other words…are we Rome? Well, worth considering. Stanford professor, Caroline Winterer, shares a list of reasons that many scholars say caused their decline.

Are there parallels between the UK’s Brexit movement which led to their departure from the EU, and U.S. attitudes towards world trade? University of Michigan Professor Jim Adams says, “Absolutely.”

Why Cuba Matters So Much: Past, Present, and Future

The Six Wives of Henry VIII (Their Real Stories)

Kissinger at 99: Influence and Controversy